10 Top Castles to Visit in Europe

We’ve put together a list of ten amazing castle locations which you should consider visiting, whether you’re on a road trip or week-long local stay.

The “Fairytale Castle” of Germany, Neuschwanstein Castle was built by Ludwig II of Bavaria in the 19th century, after he was forced to accept a "defensive and offensive alliance", which removed the king's right to dispose his army in case of war. Having lost his status as a sovereign ruler, Ludwig turned his attention to building his own kind of kingdom - a castle fit for the German knights of his favourite tales.

The castle was purely built for aesthetic, and as a location for Ludwig to withdraw from the public - it serves no defensive purpose. The castle was not completed before Ludwig’s death, and he only spent eleven nights there. Its design inspired the Sleeping Beauty Castle at Disney World, and the castle itself appears in films such as The Great Escape and Chitty Chitty Bang Bang.

Due to its secluded mountain location, it is not possible to drive close to Neuschwanstein Castle - drivers must park their cars in the local village of Hohenschwangau, where tickets can also be bought, and walk up the 30-40 minute path to the castle itself. 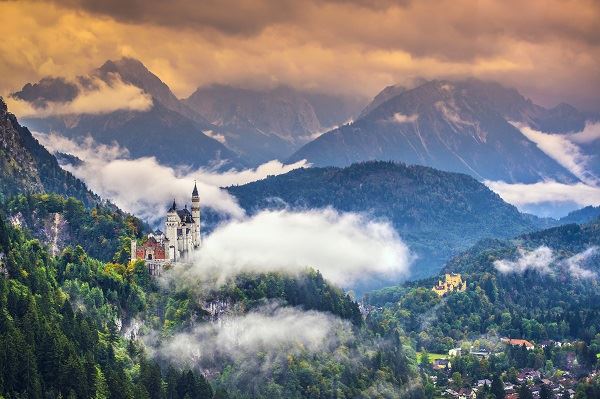 Spiš Castle, or Spišský hrad, forms one of the largest castle sites in Europe, with an area of over 40 square kilometres. Originally a Romanesque stone castle and part of the Kingdom of Hungary, Spiš Castle now features a Romanesque palace, a Romanesque-Gothic basilica. It burned down in 1780 but was partly reconstructed, and the reconstructed areas are open to the public. Visitors with a taste for the morbid might enjoy the collection of torture devices hosted in the castle’s exhibitions.

There is parking located near the castle (about ten minutes walk, with access from the village of Hodkovce). 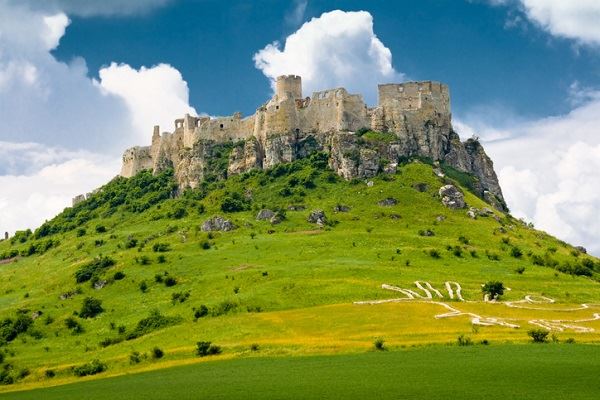 Kidwelly Castle, or Castell Cydweli, is a Norman castle in Carmarthenshire, Wales, with current remains dating from 1114 to 1476. This well-maintained castle is managed by Cadw, the historic environment service of the Welsh Government. It overlooks the river Gwendraeth and is less than a few hours’ drive from Cardiff.

Eagle-eyed film fans might recognise the castle from the opening scene of Monty Python and the Holy Grail, and those who are lovers of spooky local legends might be interested to find that the countryside around the castle is allegedly haunted by the headless ghost of Gwenllian ferch Gruffydd, wife of the Welsh prince Gruffydd ap Rhys. 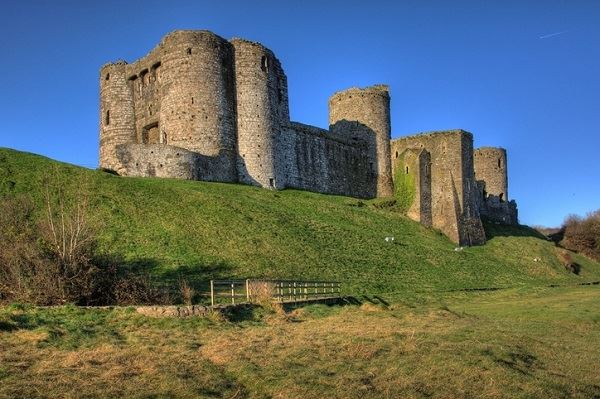 Located on Lake Geneva between Montreux and Villeneuve, Chillon Castle or Château de Chillon is one of the most visited castles in Europe. The first written record of the castle dates from 1005, and the castle has undergone several extensive renovations since then. It has served as inspiration for writers such as Victor Hugo, Alexandre Dumas and Lord Byron - the latter immortalising it in his 1816 poem The Prisoner of Chillon. It also served as inspiration for the castle featured in Disney’s The Little Mermaid.

Visitors can see murals dating from the 14th century, as well as grand bedrooms, courtyards and great halls. The castle has its own parking facilities for visitors and is also easily reachable by public transport. 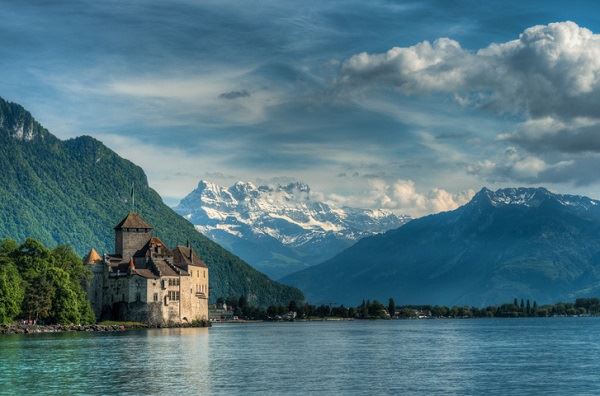 Miramare Castle, or Castello di Miramare, is a 19th-century Italian castle located on the Gulf of Trieste, built for Austrian Archduke Ferdinand Maximilian and Charlotte of Belgium from 1856 to 1860. The castle’s grounds are home to numerous varieties of tropical plants, greenhouses and chapel ruins, and the castle itself is one of the most visited destinations in Europe. During the summer, the castle grounds host productions of works such as the musical Sissi.

The castle does have parking facilities but these tend to become full very quickly, so if you are able it is worth parking further away and walking up to the castle. 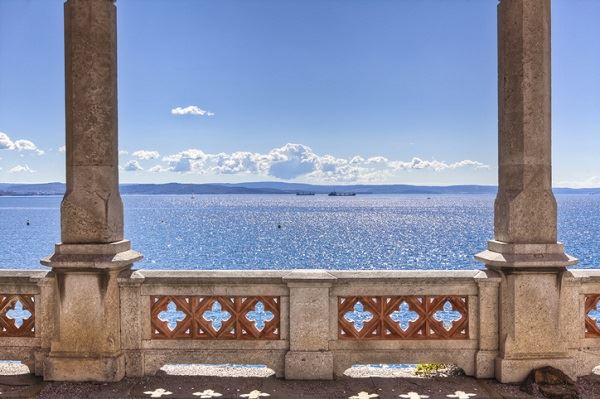 Gripsholm Castle, or Gripsholms slott, is one of the Crown Palaces of Sweden and former residence of the Swedish Royal Family. Visitors can stroll in the vast castle grounds and meet the royal deer at the Hjorthagen nature reserve, or see four hundred years of history in the winding corridors and grand rooms.

Part of this renaissance castle houses one of the oldest portrait collections in the world, and the museum also includes a badly taxidermied lion which has proved a source of humour for tourists and even has its own dedicated Facebook fan page. The castle also offers free car parking for visitors. 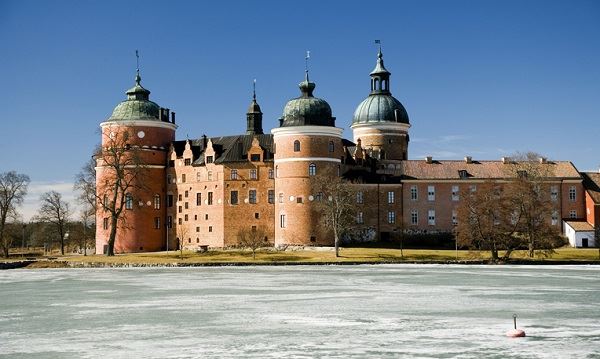 Eger Castle, or Egri vár, is no longer the grand spectacle it once was, but is well known for being the location of the defeat of a huge Turkish army by a small Hungarian garrison in 1552. As such, the castle remains an important part of Hungarian history and is well worth visiting just for the historical value - there are plenty of exhibitions to visit inside its walls, and it also hosts a 3D cinema. It also features dungeons, a Heroes Hall and a ruin garden with the remains of a medieval cathedral. 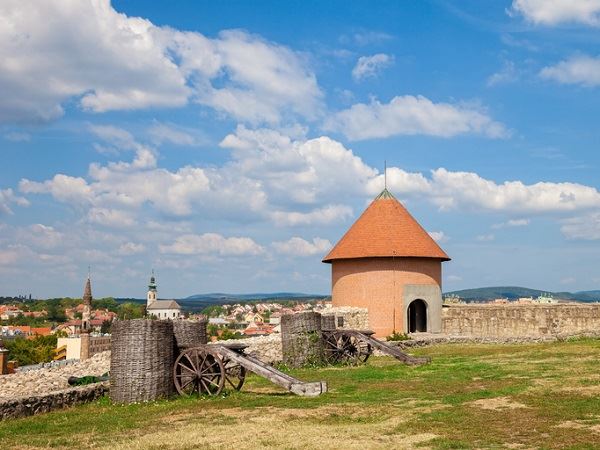 Immortalised in literature as the inspiration for the castle of Elsinore in Shakespeare’s Hamlet, Kronborg Castle dates back to the 1420s and is located in Helsingør, Denmark. Featuring a ballroom over 60 metres long and dark underground tunnels called “casemates” which visitors can access via a guided tour, there is plenty to see at this Danish stronghold.

If you are extremely fortunate, you may catch a performance of Hamlet in the castle’s grounds - the castle has hosted productions several times since the 19th century and has boasted performances from actors such as Laurence Olivier, Derek Jacobi, David Tennant, and Jude Law. In 2019 it introduced Hamlet Live - a 3-hour entertainment experience running throughout the summer season.

There is a parking lot for visitors located ten minutes from the castle. 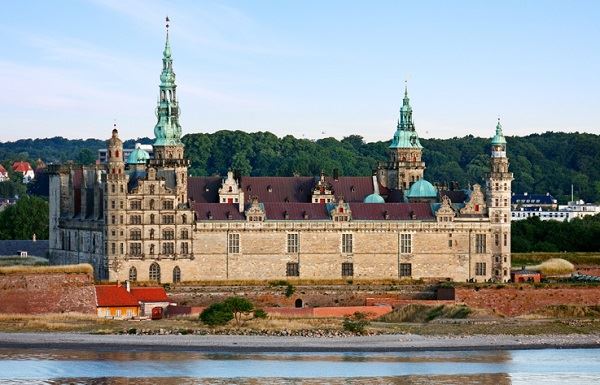 Castelo dos Mouros, or the Moorish Castle, overlooks the lush forests of Serra de Sintra and offers spectacular views from its ruins. It dates from the ninth century and the route to it involves a steep climb into the Serra de Sintra. The ruined castle features stone walls, ramparts, battlements and is worth visiting for the gorgeous views alone.

The castle does not have parking facilities, so visitors will need to park further from the castle and walk, or take the 434 bus to the building. 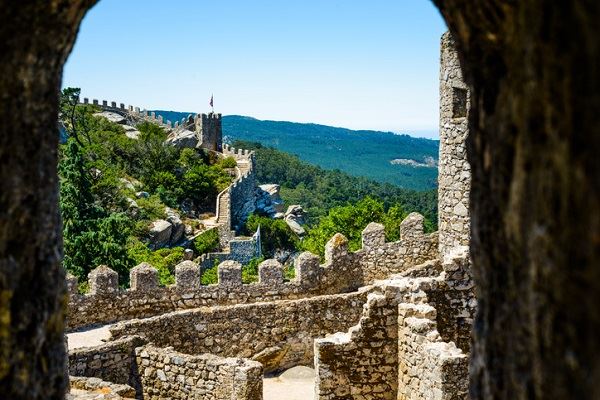 Located in Cork, Blarney Castle - or Caisleán na Blarnan - is a medieval castle over 600 years old. The castle is perhaps best known for being home to the Blarney Stone - a block of carboniferous limestone that supposedly bestows anyone who kisses it with “the gift of the gab”. The stone can be found at the top of the castle, and visitors are welcome to attempt to kiss the stone - handrails and crossbars have been installed for safety as the feat involves leaning backwards over the parapet and kissing the stone upside-down.

The castle’s grounds also feature natural rock formations, a poison garden where visitors can see plants such as mandrake and wolfsbane, and a Scottish baronial-style mansion dating from 1874 known as Blarney House. The castle is situated in Blarney Village, meaning that it is easily accessible for visitors who choose to drive. 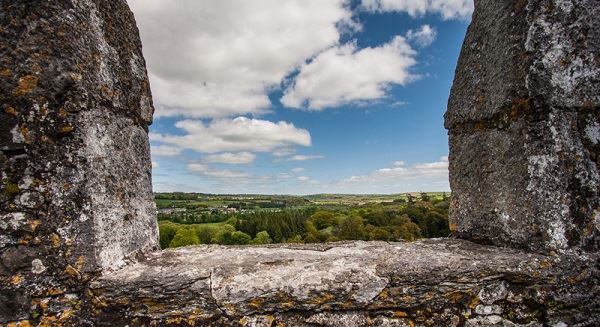 Dare to Drive These Five Roads?

From storm-pummelled bridges and icy highways, through to narrow cliff face paths, we look at some of the most dangerous roads in the world. Heavy winds, unstable terrain and rockfalls can lead to car damage (or worse).

Whichever car hire excess insurance policy you choose with us, we can cover you in some of the most breath-taking and iconic locations on the planet.

When travel writers compile lists of the best road trips in the world, driving in Europe features heavily. With dramatic scenery connected by some of the world’s greatest roads, it's not hard to see why!