Dare to Drive These Five Roads?

From storm-pummelled bridges and icy highways, through to narrow cliff face paths, we look at some of the most dangerous roads in the world. Heavy winds, unstable terrain and rockfalls can lead to car damage (or worse). While we don’t encourage driving these hair-raising benders, we do urge you to explore your wanderlust. But, just how brave are you? Would you dare to drive these treacherous routes?

While Norway’s Atlantic Road is breathtakingly beautiful, there is one portion of it that may scare even the bravest of drivers on a bad day. The route is a 5.2mile (8km) road that runs through an archipelago in Møre og Romsdal county. It begins at Utheim on Averøy and connects to the mainland through a series of bridges. Its impressive design led to it being named the “Norwegian Construction of the Century” in 2005.

The road’s serpentine twists and turns will make you feel like you’re riding a gentle, scenic rollercoaster. However, one section of it is especially hair-raising. Approaching HustadvikaIt, the bridge rises by almost 300 metres at a rather unusual angle. While this is not particularly dangerous in summer, it becomes quite hazardous in the winter season. The curved portion of the bridge acts as a wind tunnel and is pummelled by the ocean. In fact, it was hit by at least a dozen storms during its construction in 1983 alone. Are you a fan of great heights and narrow roads? At just 3.5 metres wide (and with no guardrails), North Yungas Road is often referred to as the “most dangerous highway in the world”. It is set high up in the Cordillera Oriental Mountain Range in Bolivia. At its maximum elevation, its cliff face could plummet drivers over 4,600 metres below. The route leads from La Paz to Coroico on a treacherous 50mile (80km) journey – only the bravest need apply. Despite this, it still attracts a large number of tourists and locals alike.

In addition to its narrow bypass, the mountainous road is notoriously foggy. The wet conditions are also prone to landslides and rockfalls. Dubbed the “Road of Death”, between 200 and 300 people lost their lives on the route each year. Luckily, in 2006, improvements were made to its most dangerous parts. Its width was increased and paved in certain areas. Guardrails were also finally added. Though it is now much safer, it should still be travelled with extreme caution. 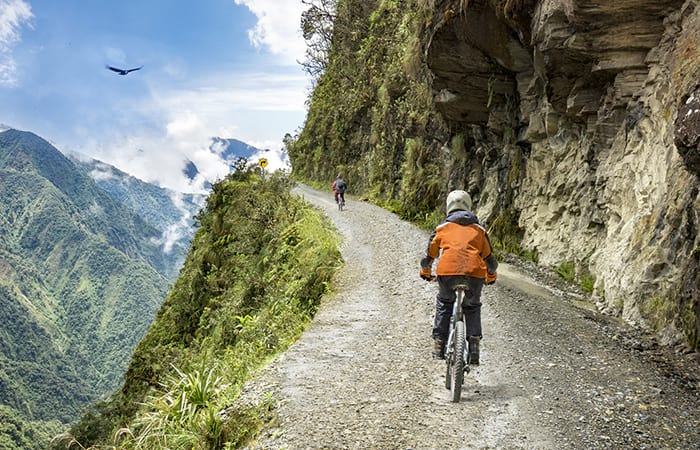 The Dalton Pass is an epic 414mile (eerily 666km) traverse through Alaska. It starts at the Elliott Highway and ends at Deadhorse, near the Arctic Ocean. It was named after famed Alaskan engineer, James Dalton. The road is used by truck drivers who travel to and from the Prudhoe Bay Oil Fields up north. The route is so treacherous that it has been featured on multiple television shows including, America’s Toughest Jobs, Ice Road Truckers and BBC’s World’s Most Dangerous Roads.

Alaska’s extreme weather conditions provide harsh elements (cold heavy winds, avalanches, etc.), difficult terrain and poor visibility. Large portions of the road are not even paved. The route is so isolated that there are no petrol stations, restaurants or medical facilities along the way. Drivers are advised to bring survival gear and plenty of supplies just in case. The road becomes so icy and slippery in mid-winter than even seasoned ice truckers refuse to cross it. 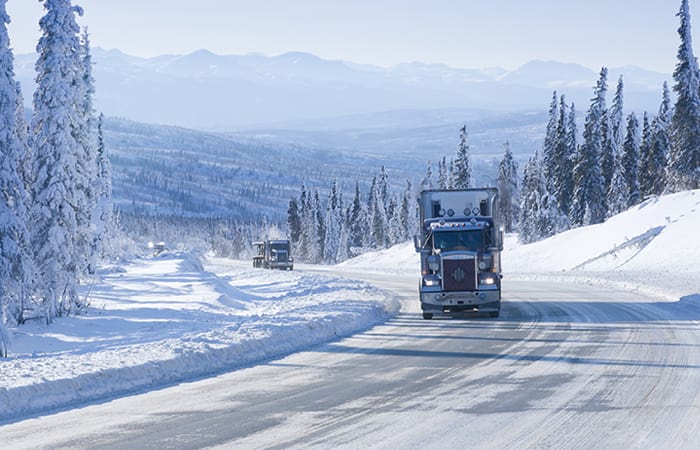 Keen to visit one of the most remote villages in the world? The Guoliang Tunnel is carved through a rocky mountain face in the province of Henan in China. It runs for 0.75miles (1.2km) with a maximum elevation of over 600 meters. Before its construction, the isolated village of Guoliang was virtually unreachable. After the Chinese government refused to build a road, the path was chiselled out by thirteen of the local villagers. Starting in the early 1970s, they used explosives to blow their way through the Taihang Mountains. It took over five years to construct, finally opening in 1977.

At only 5.4 metres high and 3.5 metres wide, the road barely allows for two cars to pass each other. Due to how it was built, it is unclear how structurally sound it is. Trenches and rockfalls are common. Its sheer cliff drops, as well as its lack of guardrails and lights, make it especially dangerous. Things become even worse when the weather turns bad. The area experiences extreme fog, slippery conditions and mudslides.

So, what could possibly take the cake? The Killar to Pangi Road may be aptly named. It is a 70mile (113km) stretch through a mountainous region, Kishtwar, in northern India. At a drop of over 2,500 metres, its cliffs are some of the steepest on the list. Its rocky overhangs and unstable terrain make it a hair-raising bender for only the bravest of drivers. Like the Guoliang Tunnel, it was built by local villagers. However, it was constructed hundreds of years ago, with little to no repair work being performed ever since.

The road is also completely unpaved with no guardrails or barriers whatsoever. It is only wide enough for a single vehicle to pass. It is so dangerous that it is only open during the summer season. In winter, poor visibility and mudslides make the terrain even worse. Hundreds of deaths have been recorded over the years, with many more unreported. It is a route that is sought out by only extreme adrenaline drivers, or the very desperate. 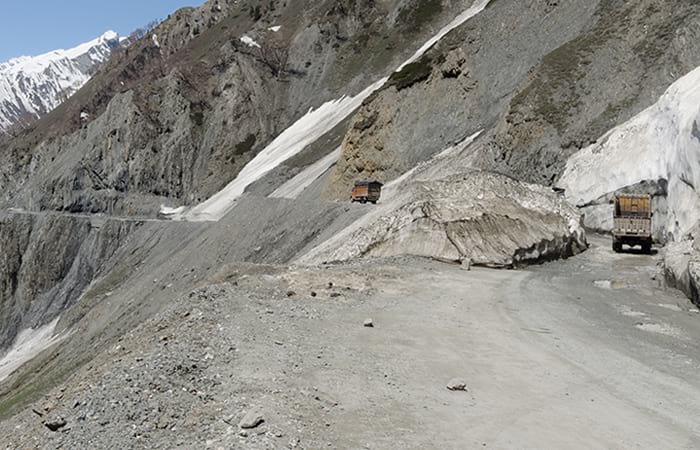 Would you dare to drive any of the roads on this list?

Have peace of mind - take out car hire excess insurance

Whilst we can’t guarantee your personal safety, at least the cover for the excess on your hire vehicle offers some assurance. Our worldwide car hire excess insurance can cover the excess charged following a claim with the rental company. Avoid the most dangerous roads but give in to your wanderlust by taking a walk on (or drive) on the wild side.

Whichever car hire excess insurance policy you choose with us, we can cover you in some of the most breath-taking and iconic locations on the planet.

10 Top Castles to Visit in Europe

We’ve put together a list of ten amazing castle locations which you should consider visiting, whether you’re on a road trip or week-long local stay.

Having a hire car on holiday could save you the hassle of sorting out transfers and offers you the freedom to really explore and get to grips with your holiday destination...