Driving in Italy can be one of the most awe-inspiring experiences you’ll ever have behind the wheel. From jaw-dropping coastlines to Alpine passes and the other-worldly beauty of Tuscany’s rolling hills, a road trip in Italy is one of the best ways to see this unique country.

In contrast to this, driving in Italy can also be challenging and a little intimidating. Driving etiquette allows for more aggressive driving than you may be used to, and the narrow, maze-like streets of its towns and cities can disorientate even the most confident driver.

This guide will provide you with what you need to know to make your trip driving in Italy a success. 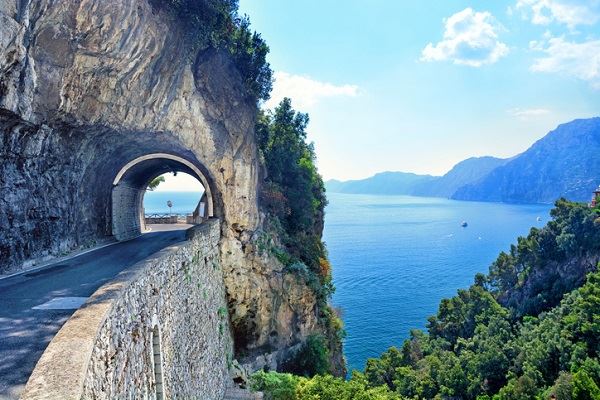 The road network in Italy is comprehensive and generally of a good standard. The north and centre of Italy are well served by major arteries and smaller roads, but to the south, the islands of Sicily and Sardinia feature fewer major routes.

Let’s look at the principal types of roads in Italy that you’ll encounter on your trip:

Autostrade are Italy’s motorways, and are denoted by the letter A, followed by a number (such as A1 or A23). The biggest difference between autostrade and motorways is that they are all toll roads; you have to collect a ticket for a stretch of road and will then have to pay on exiting the route depending on how far you drove.

These are normally dual carriageways and the signs are blue, and will be denoted by a road number with the prefix SS. They typically connect major towns and lead into town centres. They are not tolled.

Similar to Strade Statale, these roads are also dual carriageways but are maintained by regional authorities. They are designated by a number with the SR prefix.

These are usually numbered with the prefix SP.

These roads are usually found in rural areas and may not be paved.

Driving in Italy, you’ll soon get used to passing through tunnels. The country has over 900 kilometres of tunnels – the fourth highest number in the world. Be prepared to slow down, dip your lights and concentrate.

How to drive in Italy

Once you get into most Italian towns and cities, get ready for narrow streets. If you’re hiring a car, you’ll be glad to be driving something small and nimble – and definitely consider getting excess insurance beforehand in case you have any scrapes.

There are also ‘Zona Trafico Limitato’ (zone of limited traffic) in many Italian cities which are intended to reduce circulation in historic centres – the fines for driving in these areas can be expensive. You will need to either park outside the centre or speak to your hotel about getting a permit to drive in town.

So as long as you stick to the speed limits and common sense, you should be fine while driving in Italy.

What side of the road does Italy drive on?

Italians drive on the right-hand side of the road. If you’ve never driven on the right before, or haven’t done so for a while, take your time – but don’t worry, your brain will soon switch over.

Who has the right of way?

You should always give priority to any vehicle approaching from the right, as well as pedestrians who have started crossing the road. On mountain roads, the ascending vehicle has priority, so if you’re going downhill, you’ll need to reverse to a passing point. Also, if a road is too narrow, the heavier vehicle (such as a bus or coach) has priority.

When it comes to overtaking, you should follow your judgement, but never do so near level crossings or pedestrian crossings. It’s also prohibited to overtake on the brow of a hill and at intersections.

What is the speed limit in Italy?

The speed limit in Italy is in kilometres per hour. It also changes under poor weather conditions and depending on whether you are in a built-up area or not:

Driving in adverse conditions in Italy

While Italy is famed for its warm summers, winters in the north of the country can be snowy and rainy. In these conditions, you should:

Other important rules when driving in Italy

Here are other key rules to be aware of when driving in Italy:

Are there any events happening at your destination?

Italy has some wonderful carnivals and parades – but you don’t want to find yourself trying to park in the middle of one. Check in advance what’s happening in your destination, and plan for this. 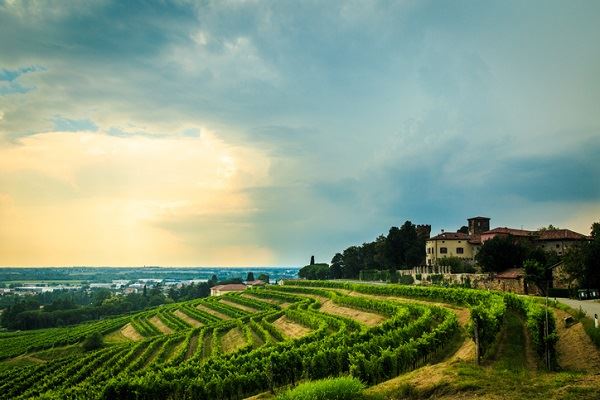 For further information about local travel, visit the website of the Automobile Club d’Italia. You can call them up for road side assistance even if you’re not a member.

A guide to car hire costs

We like to think our car excess insurance is nice and straightforward. Your car rental agreement however, might not be so easy to understand. With this in mind, we’ve put together a guide to car hire costs.

When travel writers compile lists of the best road trips in the world, driving in Europe features heavily. With dramatic scenery connected by some of the world’s greatest roads, it's not hard to see why!

Guide to Parking in Europe

The experience of driving a hire car in a new country can be stressful and understanding the rules around parking can be confusing. Parking regulations and rules in can be very different from what you may be used to in the UK.